The rules which govern pricing and reimbursement of medicines in Spain go back to 1990, when Royal Decree 271/1990 was approved implementing the provisions contained in the first EU Transparency Directive.

Since then, major changes have occurred in the legal and economic environment in Spain and also in the EU. At the same time that the European Commission is reviewing the Transparency Directive, the Spanish government has triggered a process to adopt a full new set of rules on pricing and reimbursement.

In his presentation, Jordi Faus has stressed the importance of going back to basics and of the need for a clear and stable legal framework for the benefit of the authorities, the industry and the patients.

The event has taken place in a very open spirit, where delegates, speakers and representatives from the Ministry of Health have been able to exchange views and suggestions in connection with this very important matter. 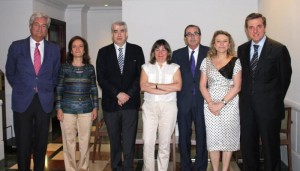